Central Diesel Services Ltd (CDSL) is celebrating 25 years since operations began in November 1995, when Bert and Debbie Hayden founded Central Diesel Services as an independent workshop with the intention of being the primary support for the International Trucks dealer, in Mount Maunganui.  A great deal has changed during this period of significant growth in the transport industry in the Bay of Plenty, and CDSL has now become one of the largest and most respected providers of services to this critical industry.

As can be seen on the timeline below, CDSL has steadily expanded to meet the growing demand for a wide range of transport services, with a high level of customer service, knowledge and expertise essential in this competitive business.  But what really sets CDSL apart is the strong family values that transcend their business decisions and has built a team of loyal and hard-working employees.

Further expansion is still in the planning stages, but is expected to include extension of the range of products offered by our Transport Engineering business, and a major facelift of the main premises at 70 Hull Road.

What started as a small family owned business with only 3 employees has grown into a market leader with over 25 years of expertise in the heavy transport industry across the Bay of Plenty region, that now has over 40 employees.

CDSL is dedicated to working in partnership with their suppliers and customers, treating all with honesty, dignity and respect while providing outstanding service and support within the transport industry. 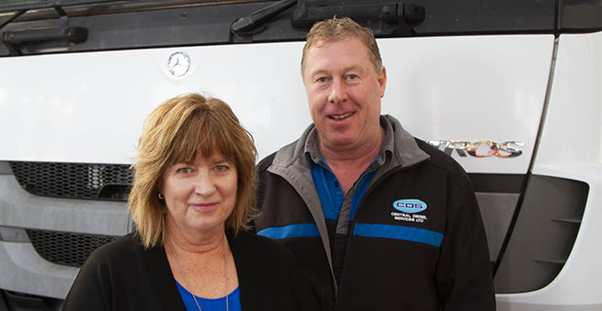